We, humans, don’t really have to worry about foraging as much as we used to back when we were still hunters and gatherers.

We now have grocery stores that constantly supply food, drinks, and everything we would ever need in excess. Not a lot of us could easily survive in the wild anymore. Could you imagine having to hunt for absolutely everything in order to survive? How would your body react to the massive change it’s going through? How long could you last?

However, other animals have to do exactly this and do it well in order to survive. By foraging optimally, an animal needs to travel to an area that contains prey. This area or patch may either be densely populated, intermediately populated, or not very populated at all. The animal, in order to conserve their energy, needs to factor in travel time to get to the patch, feeding time, and then the time to get to the next patch. The trick however, is to know when to stop foraging in a patch and continue elsewhere to profit from the energy rather than wasting it. This is were our experiment comes in!

Our experiment, to represent being a forager looking for food, consisted of buckets of rice placed in a grid like fashion with a specific number of beans in each bucket. However, we as the foragers did not know how many beans were in each bucket and thus relied on our “instinct” to know when to stop foraging and continue on to the next patch. To better phrase it, we had to know when the optimal time was to move to a new patch.

In groups of three, one person was the recorder, one person was the timer, and the third person was the forager. We did three patches for each set, with a total of three sets (in order for each person in the group to be able to be a forager). The time never stopped from the beginning when we set foot in the field until we were done foraging our third and last patch. We recorded the time of arrival at the first patch and the time elapsed after each bean was found. For example, patch number one was right in front of me so I arrived at 0.0 seconds. I found my first bean in one second, found my second bean at two seconds, my third bean at four seconds, my fourth beans at six seconds, etc. This will go on for all three patches without stopping. After all three sets were done, we recorded the actual number of beans in the patch and later used it for our calculations. In the end, we were able to record the curves associated with how well we foraged. Let’s just say I didn’t do so great…

But, keep in mind these list of things that are part of the Marginal Value Theorem:

Here were my results!

Keep in mind that with every graph, there is a line that goes through the origin which represents the ratio. The steeper the slope of the line, the more the net energy gain would be.

This scatter plot with a polynomial trend line shows the number of beans found (y-axis) as a function of patch density (x-axis):

As you can clearly see, the number of beans captured did in fact increase as the patch density increased. So in regards to this, I didn’t do too bad!

The next scatter plot will show the time spent in patch (seconds) (y-axis) versus patch density (x-axis):

The third scatterplot will show you the capture rate (y-axis) versus patch density (x-axis):

Sadly, this scatter plot shows how poorly I did with the high density patch. I would’ve peaked my capture rate at around a patch density of fifty-five, but that’s not how it turned out. In fact, my capture rate declined in the eighty bean density patch. This means I did not forage well and wasted energy rather than gaining energy.

Then comes the GUT (giving up time)(seconds) graph. This shows if I quickly gave up based on the patch density, if I waited too long, or if I stayed just the amount right of time.

Finally, here is the polynomial trend line or cumulative curve of all three patches that I foraged:

Overall, I did not do a great job. For a patch to be a good patch, it needs to be decently curved. None of my data turned out curving perfectly. They were rather straight actually. In patch one and two, I left too early. In patch three, I left too late.

In a natural situation, many factors need to be taken into consideration when foraging. According to a peer reviewed study called Social resource foraging is guided
by the principles of the Marginal Value Theorem by Courtney Turrin, Nicholas A. Fagan, Olga Dal Monte and Steve W. C. Chang, “the time that animals spend within a
patch (i.e., patch-residence time) depends upon a variety of factors, including the value of the current patch (in terms of the resource being consumed), the value of other patches in the environment, and the time it would take to travel to the next closest patch (i.e., travel time)”. But other more specific factors can also intervene right? What if seal was hunting for fish but an orca was close by hunting for a meal of his own? The seal would need to flee right? That takes energy. The energy he was supposed to be conserving for catching prey was now used to flee away from a predator of his own.

Think about climate change as well. Due to climate change, some habitats are being destroyed at an exponential rate. This can have a ginormous impact on animals regarding their feeding habits. Maybe they have less prey available now. Maybe they don’t have as many predators chasing them. Maybe their own species is being threatened. Climate change greatly effects an animal’s energy as well.

Look at this example from a NY Times article called Fast-Food Nation Is Taking Its Toll on Black Bear, Too by Henry Fountain. It discusses how some bears that live closer to the city are foraging less than wild bears. City bears are also fatter and some don’t even need to hibernate in the Winter! Why is that? Restaurant dumpsters… There are so many dumpsters around the city, especially fast food ones, that the bears are getting plenty of calories. How can we avoid this from happening? It’s not natural. Well, we can’t really fully prevent this from happening as long as humans exist, but we can invent some sort of traps that prevent the majority of bears from getting into leftover food. Dumpsters are relatively easy to open as they stand right now, but we could add locks that prevent the bear from getting in. Same thing could be said about camping coolers. 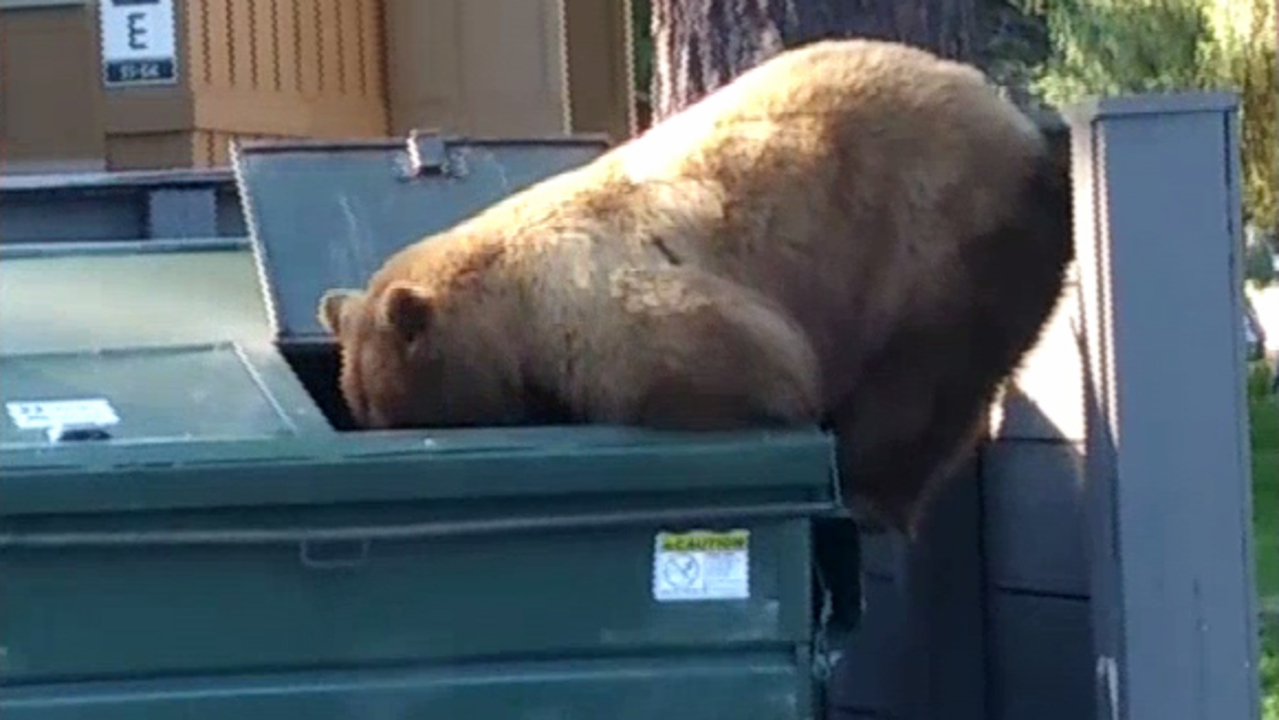 So even though humans don’t need to worry about hunting for food as much as we used to, it is still important to know about optimal foraging strategies for other animals. This could effect us, like the bears did. Plus, it doesn’t hurt to know information about animals and their habits so we can monitor them and make sure everything is going smoothly.

In a way, I guess humans have some small optimal foraging behavior. Whenever you’re out picking berries or veggies from a field, you need to know when to stop in one patch and when to move on to the next one. Though this may not be a matter of life and death, it does save energy and time.

So overall, I learned I was bad at foraging optimally. I would not survive in the wild unless I quickly learned when the perfect time is to stop looking for food in each area, which is way harder than it seems by the way.

Talk to you next week!